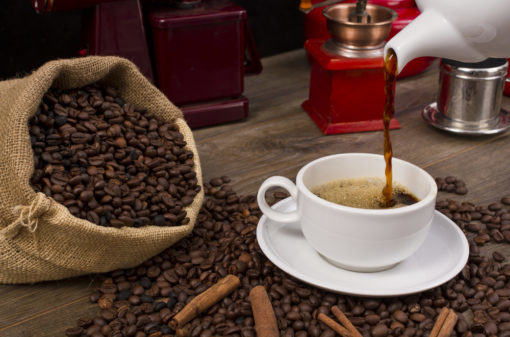 Brazilian coffee is currently recognized for its leadership in international production and consumption of the beverage.

In 1727, Sergeant-Major Francisco Mello brought the first coffee seedlings to Brazil, from Guianese territories. With the purpose to settle territorial disputes those coffee trees have been planted in Belém, State of Pará. Within the following lines we’ll have an overview of Brazilian coffee farming.

According to Brazilian Ministry of Agriculture, Livestock and Supply, due to climate, topography and soil related  circumstances, in the mid-XIX century, Brazilian coffee gained steam at the region of Vale do Paraíba. By these means, it has been established in the States of Rio de Janeiro and São Paulo, and later in Minas Gerais, Espírito Santo, and Paraná. Thus, ia new financial cycle has started in Brazil.

As time went by, Brazilian coffee has been introduced to the international market and became the country’s main exportation good. So, for almost 100 years it had been the key national source of wealth. Few years later, in 1850, Brasil was already the world’s largest producer, accounting for 40% of global production.

By that moment, the town of Vassouras, Rio de Janeiro, was considered the capital of coffee in the world. According to data from Sumário Executivo do Café (Executive Summary of Coffee), Brazil has been the top world producer for over 150 years. Brazil’s total volume of production was of 47.7 mln bags for the crop 2020/21.

In Brazil, according to data from CONAB (National Company of Supply), there are nearly 124 species of coffee trees. Though, Arabica Coffee (Coffea arábica) and Conillon (Coffea canephora) – commonly known as Robusta are the most produced species. Henceforth, we will reffer to Coffea canephora as “Robusta”.

The expectation for 2022 – high production season – is that the production of Arabica coffee reaches 35.7 mln bags of processed green coffee. Robusta crops are expected to produce 17.7 mln bags.

Mr. Guilherme RIbeiro analyses that Conillon Harvest was estimated, in may 2022, to be nearly 17.716 mln bags of processed green coffee, an increase of 8.7% comparing to previous harvest, led by recent recurrent yearly rise in productivity. Conillon crops have been experiencing technological development year after year, and presents great potential for growth.

Despite Arabica crops occupy larger farming areas, Robusta prevails in certain regions. Even though both are Coffea species, they present differences in plant and beverage.,

Coffee seedlings are formed from the seeds. Nevertheless, there are researches in course to reproduce the plants from stakes. Otherwise, Robusta seedlings may come from either clones or seeds.

The optimal temperature for growing Arabica coffee is between 18 and 22°C. For this reason, it is recommended to be planted in higher altitudes, whilst Robusta might be grown up to 800 meters asl, for these plants withstand temperatures around 23 and 26°C.

Brazilian production in 2021 by State is available at Conab report.

The report highlights that, in biennial cycles of lower production (as last year), producers use to intensify plantation management and treatment. They use to carry out some procedures of pruning, skeletonization (radical pruning), or trunking (cutting off the trunk) in areas that will only produce in the following years.

In addition, it was pointed out that in the previous harvests the stability at Brazilian coffee farming area has been balanced by gains in productivity, represented by the technological changes in coffee production.

Representativeness in Brazil and abroad

Brazil is currently the largest producer of coffee. The product is a key source of revenue. Annual exportation of around 26 mln bags generates USD 2 bln in average. It means over a third of global coffee production, and more than 2% of total Brazilian exports.

In and all, for agribusiness, coffee market keeps evolving. According to EMBRAPA (Brazilian Agricultural Research Corporation), the commercialization of more than 100 mln bags generates USD 91 bln a year. Beyond these numbers, about 8% of world’s population (near half a billion people) are involved in the coffee production chain.

According to data from CECAFÉ (Brazilian Council of Coffee Exporters), released by Hub do Café, in 2021 Brazil exported 40.372 mln 60Kg-bags of coffee, resulting in USD 6.242 bln. Such performance represents a decrease of 9.7% in volume, in opposition to an increase of 10.3% in revenue, comparing to 2020 results.

A report at Hub do Café, based on data from CECAFÉ, showed that Brazilian coffee exports reached 2.809 mln 60Kg-bags in April 2022, resulting in USD 670.7 mln in revenue. The performance reflects 24.1% less volume, but 34.1% greater value compared to the same period one year before.

Cooxupé (Cooperativa Regional de Cafeicultores em Guaxupé) exports its production of Arabica coffee to 50 countries in 5 continents. The co-op is Brazilian leader in coffee exports, as stated at CECAFÉ ranking. Exports are 80% of the co-op’s activities.

“Cooxupé is the largest coffee cooperative in te world, and also the biggest associate of CECAFÉ, concerning performance of shipments, as well as it is Brazil’s greater coffee exporter,” completes Mr. Matos.

Currently, there are 97 coffee co-ops in Brazil. They are responsible for 48% of national coffee production. Data from OCB (Organization of Brazilian Cooperatives), released by Hub do Café, stated that co-ops are very important sources of job posts and income, promoting financial development and social well-being to associate families.

Besides playing a key role for Brazilian coffee farming nowadays, cooperativism has always been very important, considering the results of such traditional co-ops, as Cooxupé, that has been intensely working throughout the years seeking the good of coffee farming.

Mr. Silas Brasileiro points out that the whole cooperative system has always supported and backed the coffee sector.

“Not only with guidelines, as of the assembly of co-ops under the Organization of Brazilian Cooperatives (OCB), but the support is also in individual level to each one of them,” Mr. Brasileiro says.
In this scenario, in 2022 Cooxupé completes 90 years of history in cooperativism, with more than 17 thousand associated families. The great majority of them is composed by small producers and family farmers. The co-op action area encompasses more than 300 municipalities in the regions of Cerrado, South and Matas in Minas Gerais state, and Rio Pardo Valley in the state of São Paulo.

Cooxupé’s representativeness is remarkable in Brazil and abroad. It is the largest coffee co-op in the world, and it thoroughly complies with legislation. An outstanding example of cooperative. A model that was created in a sustainable way, as it still preserves these characteristics. 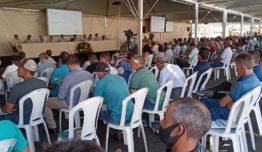